Overscan only works with screen res 1024x768 -- thanks to dererk for finding this out -- please make sure that the presenter's laptop is outputting in this mode!

By default when the twinpact sees a new video mode, it starts in overscan mode. This means that it will scan an area bigger than the actual display size and send it to the DV output. This is due to the composite video functionality - and ensures that the picture remains in the title safe area. However, as we are using it to convert to DV at Debconf, and are using the whole picture, the overscan behavior is undesirable - it leaves black margins around the grabbed image, which make the images weird to look at with Picture in Picture functionality. When the speaker's laptop is connected initially, the state of this function should be tested.

The following frame demonstrates the Twinpact in overscan mode. This is what we want to avoid: 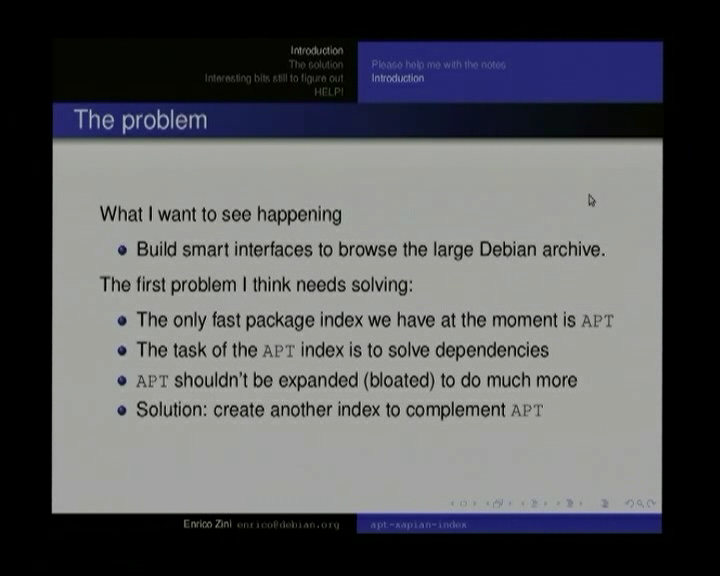 The following frame demonstrates the Twinpact in normal scan mode. This is what it should look like: 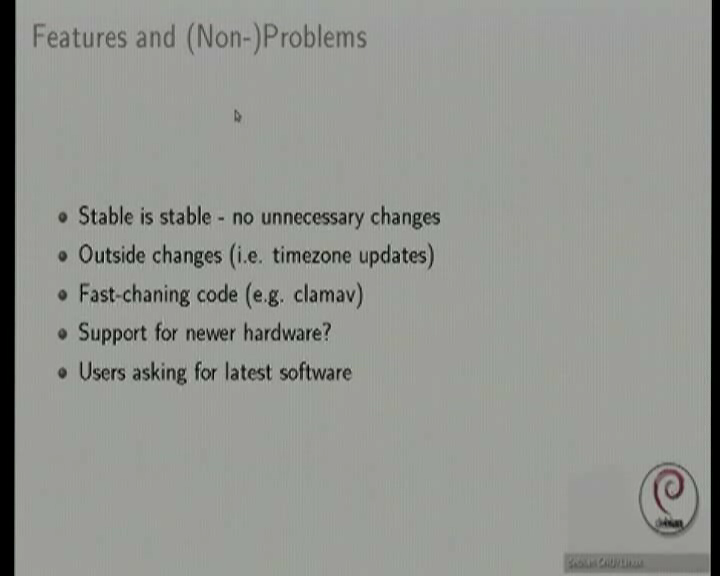 In both of these, the brightness should also have been increased - the capture brightness was far too low in both.

If you don't see the border of the image in dvswitch (but the missing part is visible on the beamer), you should press the 100% button on the remote.