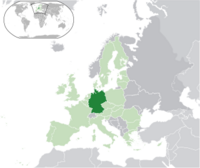 We propose to organise DebConf15 in Germany.

We inspected 76 different locations all over Germany and have identified two venues that we deem very suitable for our developers' conference: A youth hostel in Heidelberg and Munich's University of Applied Sciences, in combination with a nearby youth hostel. We have already entered the planning phase with both venues and we are convinced that we can organise a conference of very high standard at both of these locations.

Our favourite at the time of this bid is Heidelberg, but there exist good reasons that might make one prefer Munich. We would like to continue developing both options and to postpone the decision for one and against the other until after the committee has decided in favour of DebConf15 in Germany. We are confident that this approach will not only allow us to choose the better of two very good options, but that it will also be instrumental in pricing negotiations.

We created dedicated pages for each location and hope to provide a quick overview of the major up- and downsides in the following table:

The following people support this bid:

All of us are willing to help finish tasks from DebConf14. However, we have not yet talked about who will attend DebConf14.

No team members are in any way linked with any of the venues proposed.

We use the following communication media:

Language / tourism
Germany is a well-known tourist destination. Especially the cities of our two bids, Heidelberg and Munich, are well-known internationally. Visitors can expect most people on the street to understand and speak basic English. Professionals, such as doctors, the police, as well as people working at hotels, information centres, and restaurants, will be able to converse and help in English.

Smoking
Bavaria and Baden-Württemberg, the federal states of our two proposed venues, have both banned indoor smoking in public places. As a result, DebConf15 attendees will be able to enjoy a smoke-free atmosphere. Smokers will, however, be able to pursue their habit outside of buildings, as well as in specially-designated areas.

Frankfurt (FRA) and Munich (MUC) are major international/Star Alliance hubs, and both within 1-1,5h of either venue. Germany hosts several more international airports (Berlin (TXL/SXF), Stuttgart (STR), Düsseldorf (DUS), Hamburg (HAM), Cologne/Bonn (CGN), among others). In addition, some smaller airports exist that are serviced by low-cost airlines, including Karlsruhe/Baden-Baden (FKB) near Heidelberg and Memmingen/Allgäu (FMM) and Salzburg (SZG) near Munich.

Furthermore, Germany sports one of the most extensive rail networks, with great connections to all neighbouring countries and their larger cities.

Details for getting to and from the venue is specific to the options we present. Therefore, this information is included on the subpages: /Heidelberg & /Muenchen

The import regulations for Germany contain no surprises (no drugs, weapons, protected animals, or more than €10,000 in cash; "normal" amounts of duty-free stuff). We refer to the official customs webpage for more information.

More information is available from these web pages:

We have not contacted any sponsors yet, with the exception of the possibility to sponsor e.g. networking and usage of a venue. Further sponsor acquisition should start as soon as a venue decision has been made. Also, some of the sponsors listed below are regular DebConf sponsors, so we need to coordinate with the DebConf14 team.

In any case, sponsoring DebConf15 in Germany will be only somewhat venue-specific, so we list them here, rather than on the venue subpages: