The location of our venue on a map of the globe 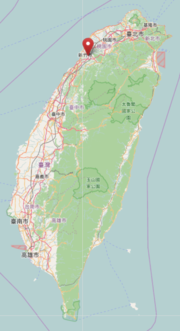 The location of our venue on a map of Taiwan

Hsinchu City originated in 1692. After hundreds of years, the city has a fusion of modern and traditional Chinese culture, and is a land of high technology. Many IT companies are located in HsinChu, such as MediaTek, RealTek, TMSC, DLink, etc. Thus, there are many local engineers and developers of software and hardware. It is a great opportunity to introduce Debian, free software and open source philosophy to the local developers and engineers if DebConf18 happens at HsinChu.

If you are a Chinese culture fan, there are famous temples in this city, such as the Chenghuang and Bamboo lotus temples. There are also many historical buildings such as city hall, the railway station, and the traditional castle gate. You can also enjoy local tasty traditional food here. The location at HsinChu is convenient for going to other Taiwan cities like Taipei or Taichung.

There are many free and open source communities in Taiwan. This is a good chance to introduce them to the global community of Debian.

Some of the free and open source communities in Taiwan are listed below:

In Taiwan, there are at least three large scale (around 1000 attendees) open source events taking place every year. That means some communities are experienced at managing large scale events. We have three large conferences annually, and large hackathons (over 500 attendees) every month.

The following are some of the events held by open source communities.

There is a visa waiver program for many countries. Please see the table below.

Air travel is recommended as Taiwan is an island. The international airport (TPE) is located in Taoyuan city. There are direct flights from at least the major international airports of Frankfurt (FRA), Amsterdam (AMS), Los Angeles (LAX) and London (LHR), as well as the bigger airports in Asia, including Japan. Connections from other parts of the world go via Beijing (PEK), Hong Kong (HKG), Shanghai (PVG), etc.

Please add yourself in alphabet order if you are part of the team!

Note that we may use the budgets saved from the cost of the venue to provide transports for foreign attendees. 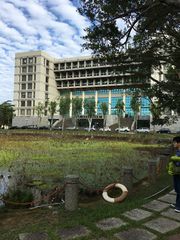 One of the food courts

Considering if are relying on catering service (which may provide gluten-free and vegan foods):

Also, if catering is considered too expensive, we can also purchase foods from local restaurant, which may be roughly 80 NTD (~ 2.56 USD) per meal per person. However, meals for food allergic people might be a problem.

The potential dates are within July 1–Aug 31. Since the location is in the university, the summer vacation is the only time for us to use the university facilities without struggling with students and faculties.

All three major telecoms (Chunghwa Telecom, Taiwan Telecom, FarEasTone) has counter in TPE airport. Anyone who needs mobile internet can purchase there. However, you need to bring passport and another government-issued identification card (driver license, ...). The following is price for your reference (from here(chinese)), please know that the price might be different when you arrive.

Here are some typical HsinChu and Taiwan foods.